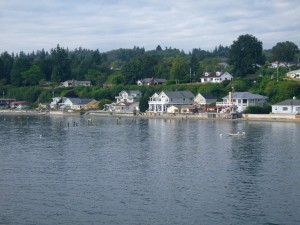 The option you choose will depend on what type of activities you have planned for your Whidbey island stay. If it’s a weekend couples getaway, a small beach cabin could be the way to go. If you have the whole family in tow, you might need a larger vacation home or rental. If you want a more catered experience, some hosts offer full service concierge and planning. If you have a tight budget, there are plenty of attractive options for you as well.

Why are these Whidbey Island Vacation Rentals Recommended?

I’ve put together this directory of the best Whidbey island vacation rentals based on price, guest reviews, and personal knowledge of the property and area. We work hand in hand with local property owners, taking up-to-date photos, and visiting the listings ourselves to provide you with these accurate Whidbey island vacation rental options.  Simply click on each listing below to view more information on that property.

If you have some questions or are looking for some helpful tips regarding booking the perfect Whidbey island stay, things to do, or how to avoid long ferry waits and other inconveniences, please contact us.

Not sure which Whidbey Island Vacation Rentals location you should pick? Here’s a quick description of Whidbey Island’s communities.

Whidbey island vacation rental options on South Whidbey are going to mostly include privately owned individual properties that vary in size and location. South Whidbey offers a tranquil setting with communities that place a great emphasis on a good quality of life. This includes abundant opportunities to enjoy the fine arts, wine and beer tasting, tranquil beaches and parks, and community events. Towns on South Whidbey include Clinton, Langley, Freeland, and Bayview.

You can also check out tripadvisor for current deals. On vacation rentals.